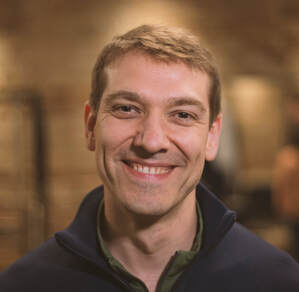 Dénes Dreisziger fell in love with Pilates in 2005 while dancing professionally in Europe. Less than two years later he completed his first certification in Vienna. Upon returning to Montreal, Dénes completed his full certification with STOTT PILATES® in 2012, and passed his Instructor Trainer Mat and Reformer training in 2015. He was an Instructor Trainer for this contemporary school between 2015 and 2019.

It was while teaching at Deja Griffith's studio, who studied under Romana Kryzanowska, that Denes discovered Classical Pilates. Drawn to the challenge of Classical Pilates, he completed Clare Dunphy Hemani's 'Advanced Teaching Seminar' in Newburyport, Massachusetts in 2017. Continuing his passion for understanding the full Classical Pilates System, Denes embarked on another full Certification in New York City with Alycea Ungaro's Real Pilates, which he completed in December 2019. Fourteen years after Alycea Ungaro's book 'Body in Motion' originally helped spark his Pilates Journey! 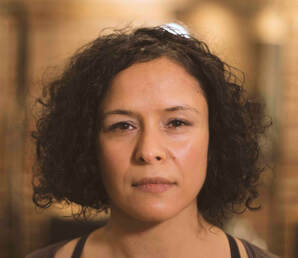 Gissella Santayana suffered back pain for over 15 years before she discovered Pilates while dancing professionally in Europe. Having experienced a real change, she completed a Pilates Mat certification in Vienna in 2007. Upon her return to Montreal, she resumed her profession as a Speech-Language Pathologist. Back pain is a thing of the past now thanks to her regular Pilates practice. It's not a magic bullet, but not far!

Gissella and Dénes are co-founders of Espace Pilates. She works tirelessly behind the scenes to help the studio run smoothly. 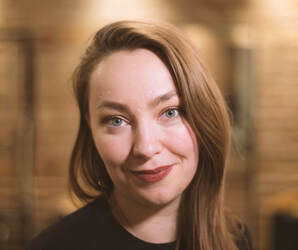 Kati Bélanger started doing Pilates in her hometown of Edmonton as a young dance student. Practicing Pilates freed her from her chronic back and hip pain, and gave her the tools to strengthen and heal her own body. After finishing her BFA in Contemporary Dance at Concordia University, she spent six months dancing in Buenos Aires. Upon returning to Montreal, she completed her Comprehensive teaching certificate with BASI Pilates.

Kati's passion for Classical Pilates has propelled her to embark on a second Comprehensive certification, with Alycea Ungaro's Real Pilates.
Kati is a member of the Association of Naturotherapists of Quebec (ANQ). 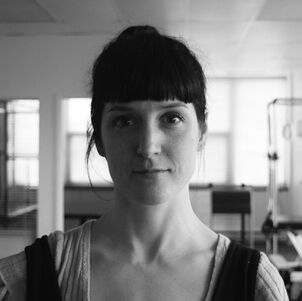 Claudine Hébert's career as a professional dancer and dance teacher led to her discovery of Pilates. She completed her full certification with STOTT PILATES® in 2019, and immediately embarked on another full comprehensive certification. This time in classical Pilates, with Alycea Ungaro's Real Pilates.

Claudine is passionate about movement and a true believer of Pilates! With her encouraging voice she will guide you through an hour of blissful, though sometimes torturous Pilates repertoire.
​Claudine is a member of the Association of Naturotherapists of Quebec (ANQ). 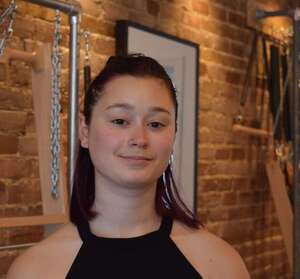 Cassandra Soenen discovered Pilates in the Philippines through one of her classical dance teachers. She chose to integrate this practice in dance. In 2015, she moved to Montreal and graduated from the École de danse contemporaine de Montréal in 2018. Curious to deepen her knowledge in anatomy and pedagogy, she decided to take Alycea Ungaro’s Real Pilates Teacher Training in 2021. With her clients, Cassandra gives them challenges while emphasizing on precision. ​Cassandra is a member of the Association of Naturotherapists of Quebec (ANQ). 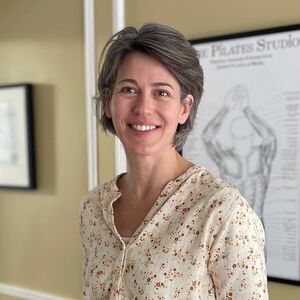 Julie Fontana Giusti discovered Pilates in 2012, and thanks to her weekly training she was able to improve her skills in the sports she practices, mainly tennis and occasionally swimming, windsurfing, skiing... And as a bonus she saw an improvement in her posture and some back pain disappear. A method that completely conquered her and the desire to pass it on to others pushed her towards the program to become a teacher.

​Julie obtained a double certification.  The first in 2014 at Authentic Pilates in Sydney.  And out of a desire to go for a more in-depth training, she passed her second certification in 2018 at the school of Romana Krysanowska in Sydney with Cynthia Lochard then in Paris with Philippe Taupin.
Julie opened her studio in Edmonton in 2019 and ran it until her arrival in Montreal in the summer of 2022.